Whilst many people may have searched for the G-spot in women, whether or not they’ve actually really found it is questionable. We give you the lowdown on this illusive G-spot, which is said to give women intensely pleasurable sensations, and reveal tricks that may help you find it better.

The G-spot in women takes its name from Dr Ernst Gräfenberg, the doctor who discovered it. He worked as a gynaecologist specialising in the female sex organs in particular, and in the process stumbled upon the so-called Gräfenberg spot – these days known as the G-spot. Dr Ernst Gräfenberg himself never referred to a spot that is said to be particularly sensitive in women, instead always describing it as a zone. And that’s actually more fitting, too, since the G-spot is a zone which is extremely sensitive to stimulation. It is said to be about the size of a pound coin. Dr Ernst Gräfenberg described the G-spot as being located on the front wall of the vagina, roughly four to five centimetres in from the vaginal entrance.

However, the G-spot may be located in a different position in each woman, and all women experience different levels of arousal and sexual pleasure when stimulated in this area. In some women, the G-spot is located in the region described above, in other women it lies directly behind the vaginal opening, and yet others have a G-spot that is a particularly long way inside the vagina. What’s more, there are also women who do not have this sensitive zone at all.

Scientists also consistently dispute the existence of the female G-spot. This is due in part to the reasons above – because it’s debatable whether a zone that is in a different place in every woman and produces different levels of arousal when stimulated can really be covered by the one term ‘G-spot’.

Nevertheless, it’s still worth going in search of your G-spot – whether you do it alone or with a partner. After all, women find it difficult enough reaching orgasm as it is. So you should definitely explore this possibility.

How to find the G-spot in women

The fact that the G-spot in women can be located in different places sometimes makes it fundamentally difficult to find. Even so, once you’ve found it you can very clearly feel it. It feels rough to the touch and women will usually notice straight away that touching this area triggers a very particular sensation. The best bet is for women to go searching for the G-spot themselves initially. Once they have found it, they will then be better able to explain to their partner where it is.

However, as we’ve already mentioned there are also women who don’t have a G-spot and who therefore, of course, cannot find it. If you can’t find your G-spot, you shouldn’t be disappointed though. There are plenty of other areas that can be stimulated, and you don’t need to stimulate the G-spot to have an orgasm 😉

Incorporating the G-spot into your sex life

The G-spot can be found using your finger, of course, but if you want to incorporate it into your sex life there are certain sex positions that you can try specifically, which are particularly good for stimulating the G-spot in women. These include the following positions, for example:

What’s more, the so-called elephant position and the wheelbarrow are also perfect for stimulating the G-spot in women. No idea what these sex positions entail? Then our blog article on ‘Popular sex positions – and a few worth trying’ may answer a few of your questions 😊

One more little tip: The G-spot in women is more sensitive if you stimulate the clitoris first. And the best way to stimulate the G-spot is with little movements backwards and forwards or a circular motion.

Whilst many women can only reach orgasm by stimulating the clitoris, the G-spot in women is one way of having an orgasm vaginally. And it is worth it, ladies – so go find that G-spot! 😉

Homosexual Love = Heterosexual Love. Periodt! How do gay couples have sex and what we can learn here! 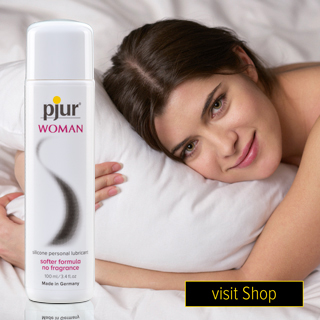