Gender fluidity in sex can be amazingly liberating. Without the old-fashioned “giver or taker” assumptions. We are all free to do what we want. At first, that can seem a little alarming – because a framework is also often helpful and offers security. But being fluid also opens up new vistas. Who is the “giver”? What is the sex dynamic? What have you not yet discovered? Whoever, whatever and wherever: gender fluid sex positions are unbelievably hot. We should concentrate less on gender norms, and more on mutually satisfying each other. We’re going to look at what gender fluid means, what sexual fluidity is, and some gender fluid sex positions you can try.

What does gender fluid mean?

The term gender fluid describes a person who doesn’t have a fixed gender identity. In other words, this person doesn’t feel that they identify as entirely male, female or any other gender. Their gender shifts along a continuum or spectrumf.

Some people also identify as non-binary, which means that they don’t see themselves as male or female. A non-binary person could feel female one day, and male the next. Or the person feels male or female in some situations, but not in others. They can also feel male and female at the same time. If you want to know more about sexual identities, have a look at our blog here.

In this case, in terms of sex positions, gender fluid means that the primary sexual characteristics do not necessarily dictate who gives and who takes. Or, for example, who “submits” and who “dominates”. Gender fluid sex positions stand out, as they are suitable for all gender identities and sexual orientations, and even eliminate the “female” and “male” energy of more conventional sex positions.

How do you have “fluid sex”?

The key to fluidity during sex is practising positions in which both partners can take on either the dominant sexual role or the submissive role, or receive equal pleasure. The aim is to not place limits on yourself, and continually adjust to a specific assigned role. Instead, you move beyond your normal range, and listen to what your own feelings and sexual desire are trying to tell you.

But first, let’s look at a selection of gender fluid sex positions.

How does this sex position work? One person sits on the other; just like in “Cowgirl position”, you dominate the situation. The other person lies underneath and enjoys the view. Both pleasure themselves and can even use a toy if they want. This position works well with two women, two men, or a man and a woman. With heterosexual couples, for a change of perspective, the man can go on top, as the “Cowgirl position” is generally seen as a female position.

Time to swap round those gender roles! It doesn’t matter whether you’re on top or bottom, whether you’ve gone for the classic missionary position, or not. Swap places and throw the rulebook out the window! In this version, the woman or person with a vulva lies on the partner, clamps their legs around their partner’s legs, and rubs/thrusts back and forth as desired. If the woman is on top, the “On-a-Mission-Missionary” can naturally quite quickly turn into the “Cowgirl position” or the “Side Stroke”, which we’re going to look at next. It doesn’t matter how you do it, you absolutely have to try out the reverse missionary position!

This works for everyone and is always a good position for foreplay. For “Side Stroke”, both partners lie on their side and kiss/rub each other all over, while touching themselves. You are face to face the entire time, which makes this position very intimate. There’s a lot of eye contact and even the chance to sensually stroke a bent leg across your partner. It’s a great position for getting creative – after all, you have both hands free to go exploring. “At eye height” takes on a whole new meaning here 😊

Gender fluid sex positions – what can they teach us?

Sexual fluidity is not just about discovering new sexual situations – it can also help you rediscover sex in a surprisingly complex way. There are no gender roles and assumptions because everyone can do all the sex positions. It’s really important, and great, that fluid sex positions open up opportunities to pinpoint new desires and embrace lust again. Renouncing sex positions that are specially assigned to one gender gives you an authentic sexual experience. Letting go plays a pretty big role here, and can even lead to a better orgasm.

We’ve looked at what gender fluid means, what sexual fluidity is and gender fluid sex positions. We have already taken a huge leap forward in embracing sexual fluidity, which is fantastic. Because today, people focus more on awareness of themselves and their sexuality than on conformity with society’s expectations. So have fun, have sex, and enjoy your very own personal spectrum.

Do you want to read more real stories about love, different life models, different bodies, diversity and sexual desires? Then check out loveislove.lu and follow us 😊

Do you have a higher libido than your partner? Don’t worry! Why you should listen to your own libido

Sex Calendar For the Holidays: Have a (SE)Xmassy Time This Christmas 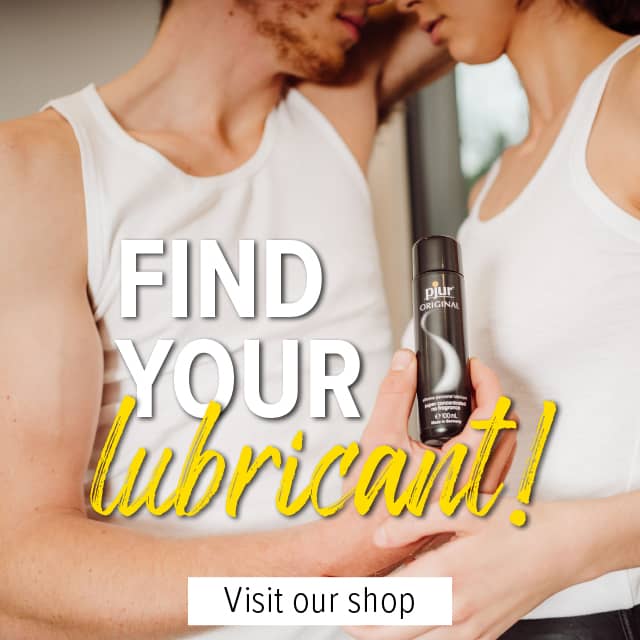