When Christmas rolls around, men usually face a huge problem: ‘What’s the perfect Christmas gift for my girlfriend?’ Instead of handling the situation with skill and considering what makes their darling’s heart sing, most guys simply haven’t got a clue. If they buy their girlfriend a gift that she doesn’t like, then an argument usually follows – and that’s surely not in the spirit of Christmas. This year, why not have a sexy Christmas and give a special gift for her that excites? But you first need to consider whether or not your partner would like such a Christmas gift since not every woman appreciates gifts that could perhaps lead to a few erotic hours for the two of you. If she is the kind of woman who would cherish a sexy Christmas, then the following gift ideas are exactly the right surprise for her.

Togetherness – the perfect Christmas gift for your girlfriend Every woman loves spending time together with their sweetheart. So it could be a great idea to give her a romantic weekend – maybe at a place with lots of snow? Simply take time for yourselves and focus on being a couple. So a sexy Christmas for two is already on the cards if you’re planning to take a trip this year at Christmas time. And a romantic dinner, perhaps at the restaurant where you ate together the first time, would be a wonderful surprise for your sweetheart. Spending time together at Christmas is a special gift for her with which you really can’t go wrong.

Christmas lingerie for a sexy Christmas

Which type lingerie do you like seeing your girlfriend in most? For a sexy Christmas, simply give her the lingerie that you would most enjoy seeing her wearing. But bear in mind: You should take into account her tastes, too. If you know that she wouldn’t wear the lingerie that you like, then give some thought to what might please you both. But you need to be sure about the correct size. Just take a quick peek inside the underwear that your girlfriend already has. Then you can be sure to pick out the correct size. Nothing is worse than buying a woman Christmas lingerie that is too small or too large. It would only serve to illustrate that you don’t know your girlfriend’s figure and, instead of a sexy Christmas, you’d be exchanging angry words under the Christmas tree. If you get it right, after your girlfriend unwraps her Christmas lingerie, you’ll soon be unwrapping her 😉

Sex toys/vibrators – for having lots of fun at Christmas

And just so that you don’t cause your sweetheart any embarrassment, you probably shouldn’t give such a gift in the presence of your relatives. A gift such as this is best given in private. And if you’re in the mood, you can test out the gift immediately!

Give a sensual massage for you both

As you know, foreplay is very important to women. So how about a sensual massage? Give her a massage course where you learn, as a couple, how to touch one another in all the right places in order to stimulate or relax. To apply what you’ve learned later at home, you can also include a massage device, massage oil or a massage candle as part of the Christmas gift for your girlfriend.

Do you have anything concrete planned for Christmas day? How about cooking a Christmas gift for your girlfriend? When you spice up the meal with aphrodisiac ingredients, you can get your sexy Christmas going at the dinner table. The following foods are some of the ones that are believed to have an aphrodisiac effect: asparagus, oysters, chilli peppers, basil, nutmeg and ginger. There are numerous dishes that you can add these to.

Chocolate fondue is perfect for dessert because chocolate, as well as strawberries, grapes and bananas, are all said to exude an aphrodisiac effect.

An exciting Christmas dinner is just the perfect Christmas gift for your girlfriend.

Christmas gifts for your girlfriend – a summary

Discover The Vulva and Unlock the Secrets of Female Desire! 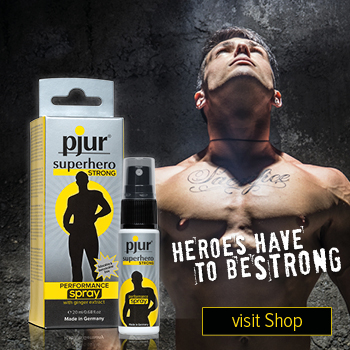