What you can learn from different vibrators and sex toys

If your girlfriend has one of these, then you need to put her clitoris front and centre – and really take your time with foreplay. She obviously loves having her intimate area stroked – in fact she loves being touched in general – and she may not even need penetration to be satisfied in bed. She might even be one of the many women who can only climax through clitoral stimulation. In any case, the next time you get intimate, focus on her clitoris – you might be able to give her orgasm number one before you even get to penetration.

If your girlfriend has a G-spot massager then you should really go looking for her G-spot yourself in future – if you haven’t already done so, that is. The G-spot is reportedly located on the front vaginal wall behind the opening to the vagina. Every woman is different but it is supposed to be between 2.5 and 7 centimetres behind the vaginal opening. This is a particularly sensitive area for women as there is a greater concentration of nerve endings here. If you’re looking to stimulate her G-spot during penetration there are a number of positions that will raise your chances of success: the spooning position, doggy style or the riding position. These are all positions that allow you to stimulate the vaginal wall. You can also stimulate the G-spot with your fingers. You’re most likely to find it, though, if your partner is already aroused. This is because the area around the urethra swells up when a woman is aroused, giving you a better chance of hitting the sweet spot. Enjoying Female Lubrication – Five Ways to Take the Pressure Off!

Spring Fever—What Is It and What Causes It? 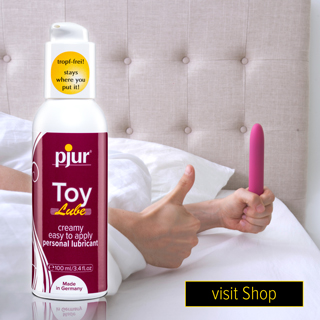