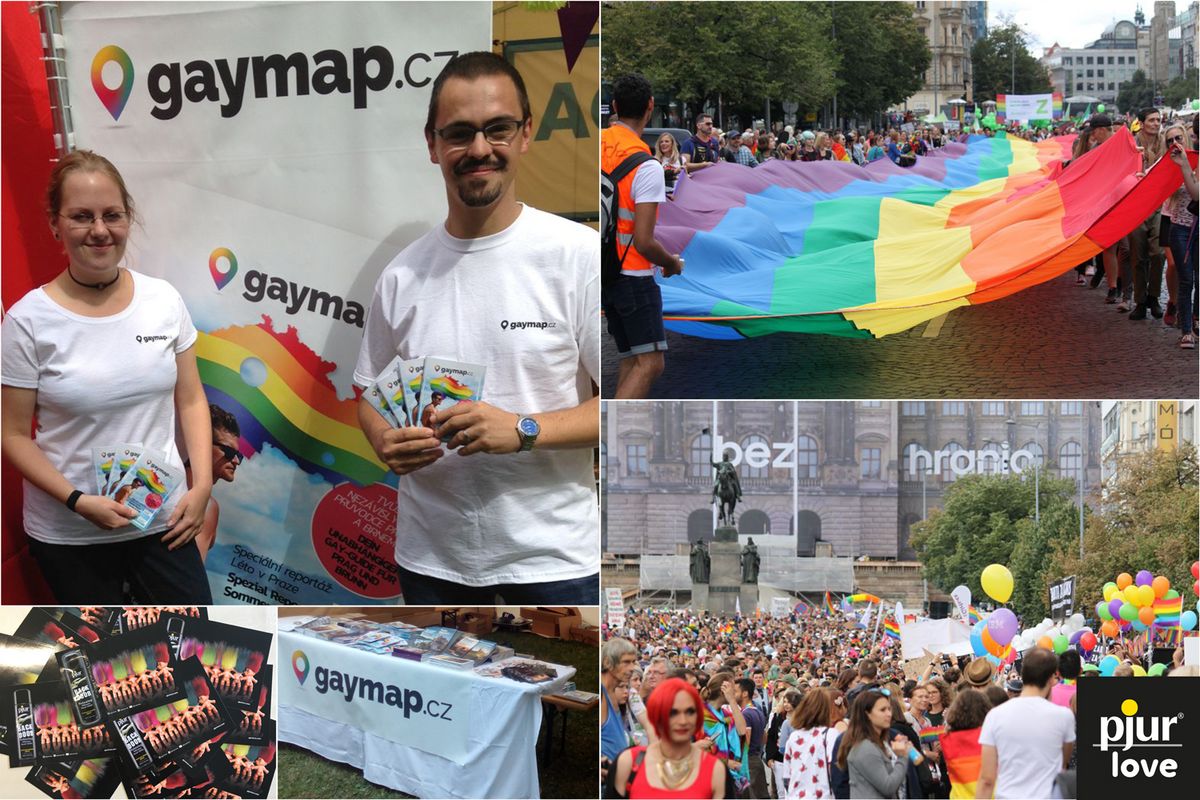 Prague/Czech Republic, Wasserbillig/Luxembourg, August 2017. From 7 to 13 August, 85,000 visitors descended on Prague to celebrate Prague Pride under the motto “Tolerance and Respect”. For several years now, the event has been organised in support of the rights of sexual minorities. pjur was also at this year's celebrations, distributing 3,000 flyers with pjur Back Door samples to revellers.

As usual, the highpoint of the festival was the parade held on "Rainbow Saturday". Over 35,000 people took part to show their solidarity with the LGBT community. As with every year, the parade started at Wenceslas Square. Crowds started to gather here in the morning, wearing colourful, and in some cases, really outlandish costumes. Counterdemonstrations did nothing to dampen the amazing atmosphere. "We distributed all of the 3,000 flyers to visitors. They were really impressed – not just by the free samples but also by the fun design on the promotional cards," explains Mathias Thomser, CEO of LOLLIPOP Trading s.r.o. He worked together with pjur to plan and implement the promotional campaign at the event.

This year's promotional cards from pjur featured the naked trolls with colourful hair that were all the craze in the 1980s. In the design, one of them is turning to admire the sample provided by pjur.

The event wasn't just a great success for the pjur group, though. All participants were in high spirits, dancing and partying together. A host of stars from the worlds of politics and television also joined in the celebrations. Once again, this year's event was a great success for the organisers. Further information about the event is available at www.gaymap.cz.