In June it’s time again and pride month will be celebrated everywhere and the rainbow community, i.e. the LGBTQIA + community, will continue to be in focus. But not only for pride month we should show allyship. Pride celebration continues throughout the year, because all sexualities and genders need to be more visible and  to get recognition of what homosexuals, bisexuals and transsexuals have achieved throughout history. We have to fight for their rights every day. But do you know what LGBT – or even LGBTQIA – actually means and what different sexual orientations there are? We think it’s a question that deserves a closer look 😊

What does sexual orientation really mean?

Now that we’ve clarified what the term ‘sexual orientation’ actually means, we need to look at what types of sexual orientation exist. To do this, let’s consider the abbreviation LGBTQIA+ in more detail:

The ‘B’ in this well-known abbreviation stands for bisexuality. So if someone is interested in both women and men and doesn’t want to tie themselves down to one or the other, this is referred to as being bisexual.

The term ‘transgender’ is used to describe people who reject the gender role assigned to them by heterosexual norms, but who don’t necessarily want to conform physically to the other gender. Transsexuality, or transidentity, on the other hand, is the feeling of not identifying with the sex you are born into. Most people have an overwhelming desire to assume the role of the opposite sex both physically and socially. This usually involves making changes to their appearance and undergoing surgery.

Once a derogatory term for homosexuals, this is a word that many people now use to identify themselves. Since the 1990s, lesbians, gays and bisexuals have chosen to use this term, giving it a positive connotation. Initially, it was more to set themselves apart from homosexuals, who were felt to conform too much, for example by getting married, but nowadays ‘queer’ is more of a collective term for all those who aren’t heterosexual.

‘I’ stands for intersexual and denotes that a person cannot be medically assigned to a specific gender. These people therefore have both male and female sex organs. It is also referred to as a disorder of sex development. One form of intersexuality is when a person has both a vagina and internal testes, for example.

A lack of sexual desire can also be a form of sexual orientation. The term asexuality is used to describe this. People who are asexual do not have any desire for sexual encounters and do not find other people sexually attractive – or do so only to a certain extent. However, people who identify as asexual do also desire intimacy, romance and tenderness. Hugs, kisses and cuddles are therefore completely normal and wished for by asexual people too.

One thing that doesn’t have a place in this abbreviation is heterosexuality. If you are heterosexual, you are attracted to people of the opposite sex – women are attracted to men and men to women. What’s more, there are always people who feel uncomfortable being categorised based on these definitions of various sexual orientations. So this should only be seen as a rough grouping or incomplete definition.

The development of sexual orientation

One question that often comes up when dealing with this subject is when sexual orientation develops and where it comes from. Unfortunately, these are questions that are difficult to answer – even for experts. It is usually said that sexual orientation develops in youth and adulthood. However, there are also people who report feeling that they were in the wrong body from childhood, for example, or who notice quite early on that they’re attracted to their own sex rather than the opposite sex. The important thing is always to acknowledge your own sexual orientation. Sadly, this can be difficult even today, especially for people who aren’t heterosexual and are therefore in the minority.

There are many different sexual orientations and not everyone can be made to fit this kind of pattern. All that really matters is that you feel comfortable with your body and with whatever you’re into ♥ 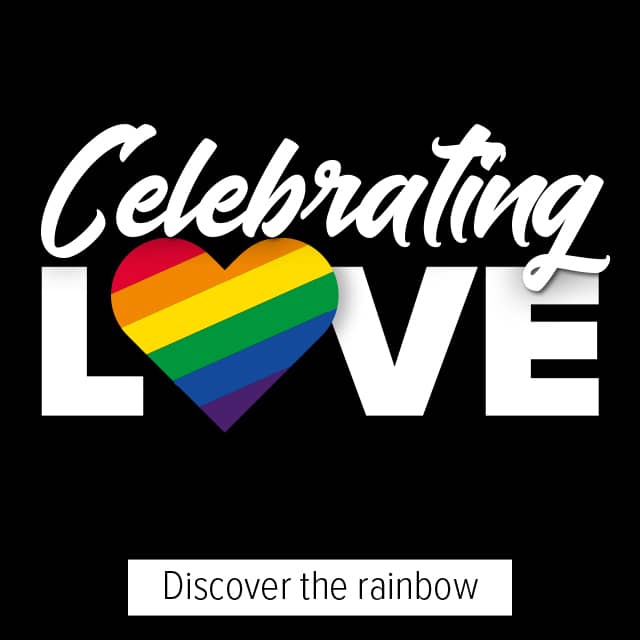