It’s something that’s soul-destroying, both for men and for women – premature ejaculation. You’re looking forward to a spine-tingling adventure and then it’s over before you’ve even got going. But what exactly do we mean by premature ejaculation, what can cause it and what can couples do to prevent it happening?

What exactly is premature ejaculation?

Premature ejaculation is the term we use to describe when a man reaches orgasm – and ejaculates – extremely quickly. But what is extremely quickly? Clarification is often needed on this point, since some people talk of coming too soon after ‘just’ five minutes of intercourse, whilst for others it means coming after just a few seconds.

When a man comes too soon, not only is it very awkward and unsatisfying for him, but his partner also suffers. Because whilst she is hoping for a few moments of excitement, and possibly an orgasm, it usually ends in disappointment. But what causes premature ejaculation in the first place?

What can cause an early ejaculation? 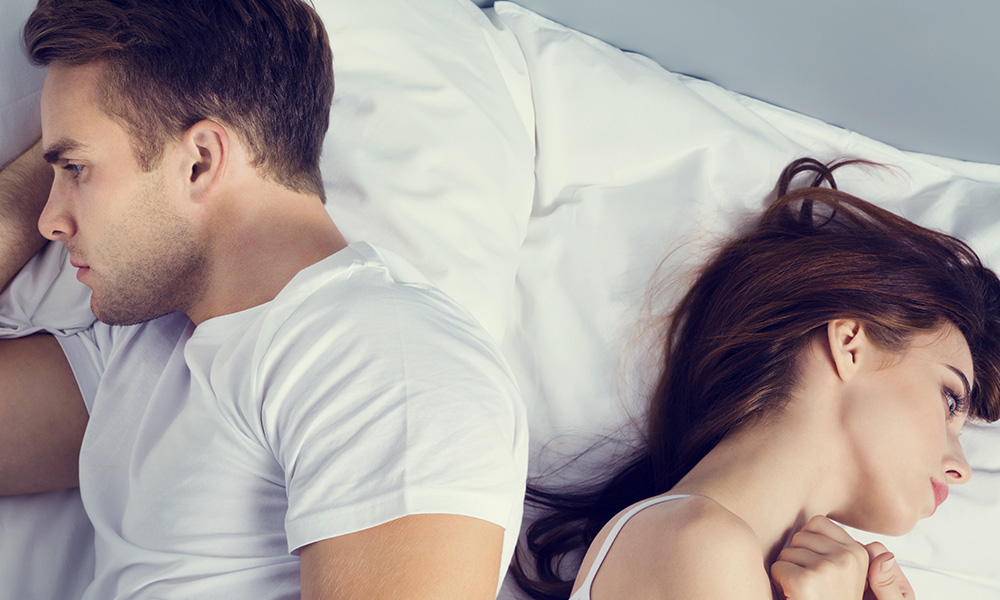 Can premature ejaculation be prevented?

First and foremost, it’s important to talk to each other. Men should talk to their partners about any anxieties they have, in case the root cause is psychological. Women should also be sympathetic and not criticise their partners. By making even small changes and building trust in the relationship, early ejaculation can be prevented. Affected couples should also try the following methods:

In addition to these techniques, there are of course plenty of products on the market intended to help men combat premature ejaculation. These usually contain local anaesthetics such as lidocaine or benzocaine and have a numbing effect. Unfortunately, some of these products are only effective after 20 to 30 minutes. They also have the additional drawback that they can affect the woman’s genital area as well.

pjur has developed pjur superhero PERFORMANCE SPRAY to combat this problem. The product contains no lidocaine or benzocaine. The finely attuned ingredients ensure longer enjoyment and can prevent premature ejaculation. This refreshing spray enhances smoothness, while its special ingredients reduce oversensitivity of the skin. Two to four sprays per application will suffice.

There are also a few other things men can do to prevent an early ejaculation:

If none of this helps, men should see their doctor for advice. It is possible that there is a physical cause in this case. It can also be helpful to consult a doctor right at the start. A doctor usually knows better what the possible causes of the problem may be and, as a result, may find a solution more quickly too.

Couples should work together to get premature ejaculation under control. Only then can they both go back to enjoying carefree, spine-tingling adventures together once again ♥